Smart. Tough. Fearless. When it comes to protecting California families, Katie Porter does not back down.

Katie is a nationally renowned leader in the fight to protect consumers, taxpayers, and middle class families. First as a consumer protection advocate and now a member of Congress, Katie has won big victories against Wall Street and stood up to pharmaceutical companies, oil and gas giants, and corporate lobbyists who cheat Californians. 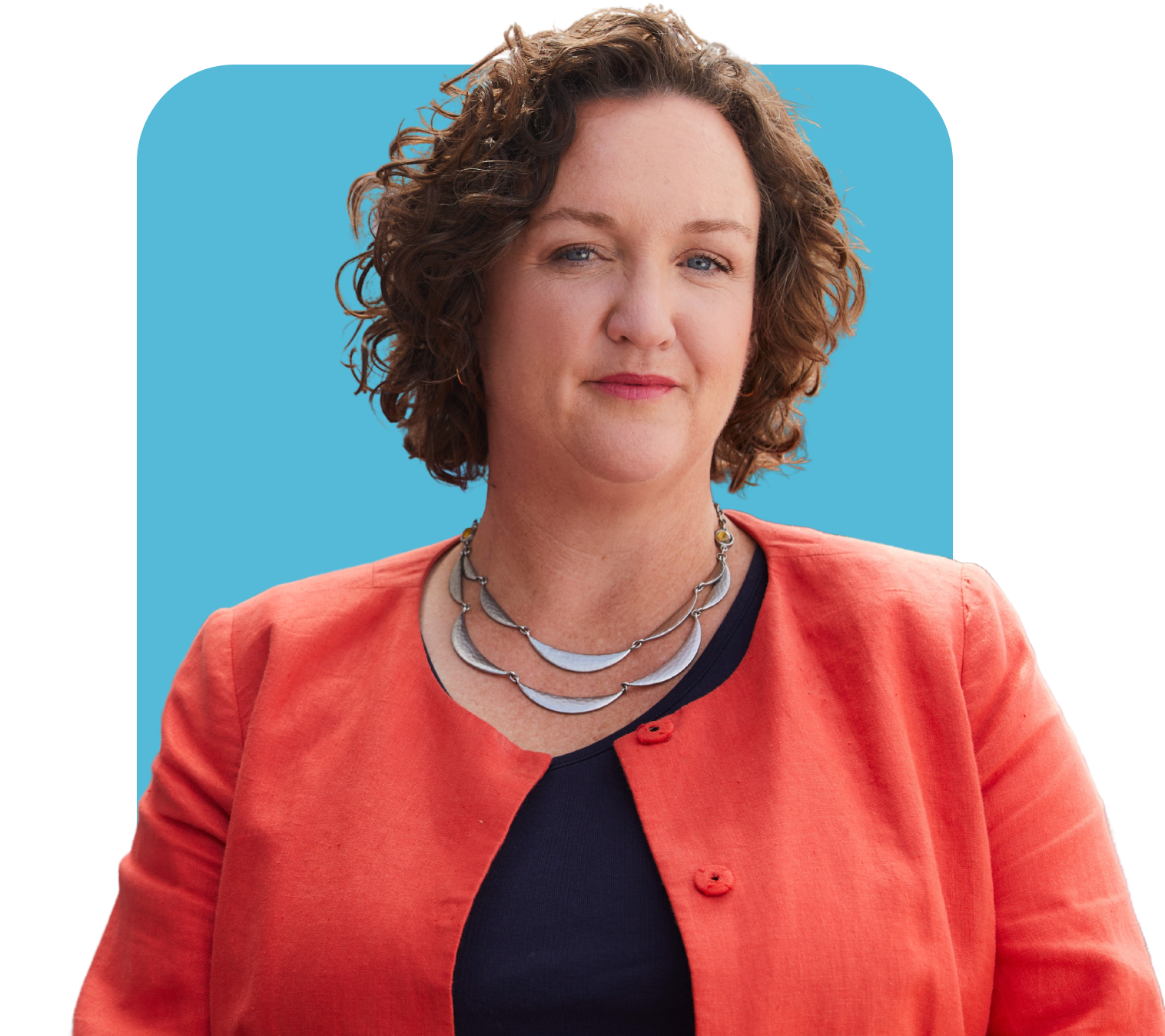 Katie’s running because California needs our best warrior in Washington to stand up to Mitch McConnell, big corporations, and the special interests that try to rig the rules against our families.

Katie was first elected to the U.S. Congress in 2018, when she flipped a seat that had always been held by Republicans. She won re-election in 2020 and again in 2022, and was the top performing Democrat in her Orange County district.

Her questioning has led to real solutions for families, including a commitment from the Trump Administration in March 2020 that COVID testing would be free for every American, as well as new laws based on bills she wrote to crack down on corporate greed and lower costs for families.

Katie’s not a career politician. She grew up on her family’s farm in the 1980’s and 1990’s, and saw firsthand how Washington saved the banks but left families behind during the farm crisis. That experience would stay with her as she became an expert in consumer protection law under Professor Elizabeth Warren.

Her work as a consumer protection attorney would lead her to be appointed as California’s Independent Monitor of the Big Banks following the foreclosure crisis.

Before being elected to Congress, Katie was a law professor at UC Irvine. A single mom, Katie understands the pressures that families face. She lives in Irvine, CA, with her three kids who attend public schools. You can keep an eye out for her well-loved minivan, with its signature ‘OVRSITE’ license plate.

When she’s not conducting oversight on our nation’s most powerful corporations or on her kid’s chores, Katie enjoys traveling with her kids and visiting our country’s national parks.

California needs a warrior in Washington, and when it comes to protecting California families, Katie doesn’t back down.